It's been a while, a long while, of plain nails. I had to chop them all to nubbins because one of them broke. It was a horrible tragedy. But  have shaken off the lack of nail mojo to tackle the 'Green and Gold' challenge for this fortnight. It was a bit of a struggle as I tried and failed with four nail designs. I don't know why our what was going on but I was failing with simple, regular polka dots. So I gave up for a while and went to basics. 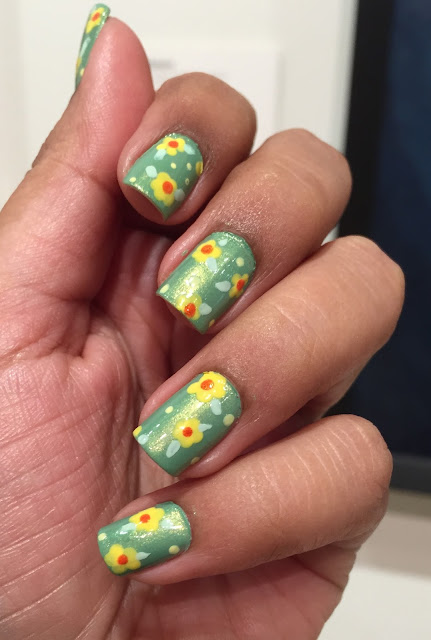 Simple flowers, made with a dotting tool. 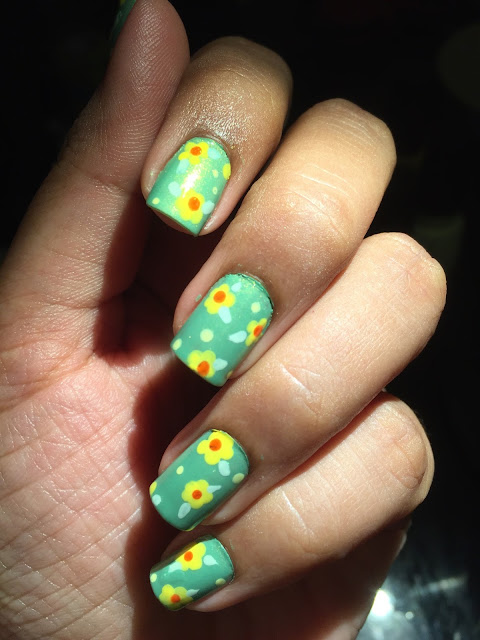 Posted by Flicks and Flecks at 11:53 PM No comments: 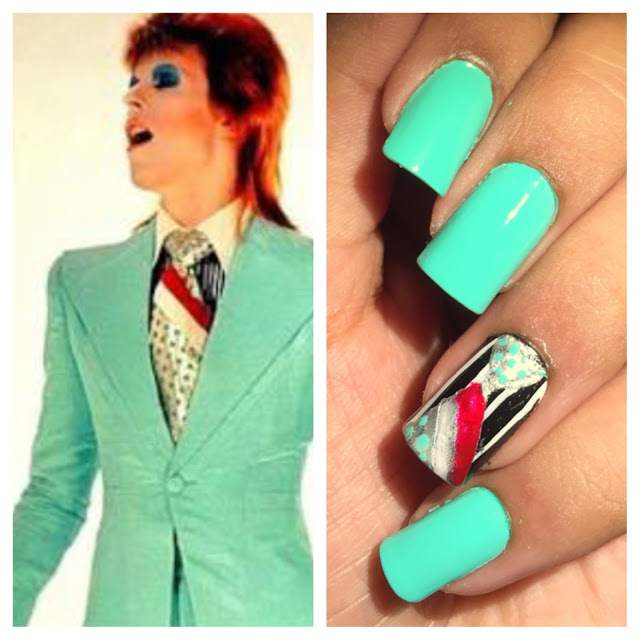 Posted by Flicks and Flecks at 12:50 AM No comments:

Australia lives in the extremes, wildly oscillating between fire and floods during the summer. It rained solidly for the first week of the year here in Sydney. Meanwhile, other parts of the country are on fire. This is why Nys suggested 'Fire and Floods' as a theme for nail art this fortnight. As I have been lucky enough to not encounter any fire, living as I do in the inner west. But there has been a lot of rain.

So, my nails are an ode to the beginning of this year and to Australian Summer ... 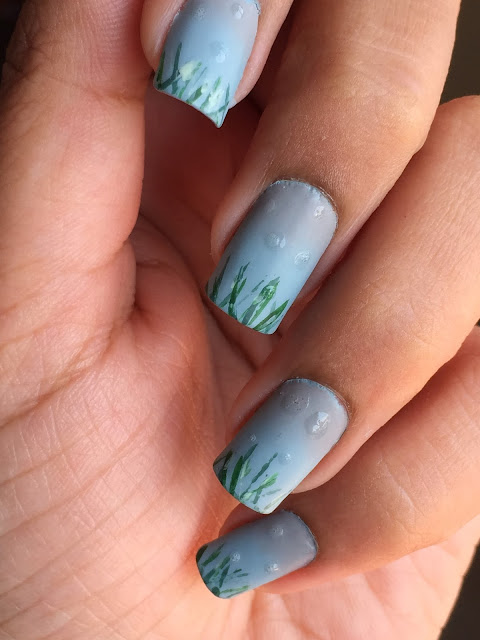 Rain. And more rain. But the plants loved it! 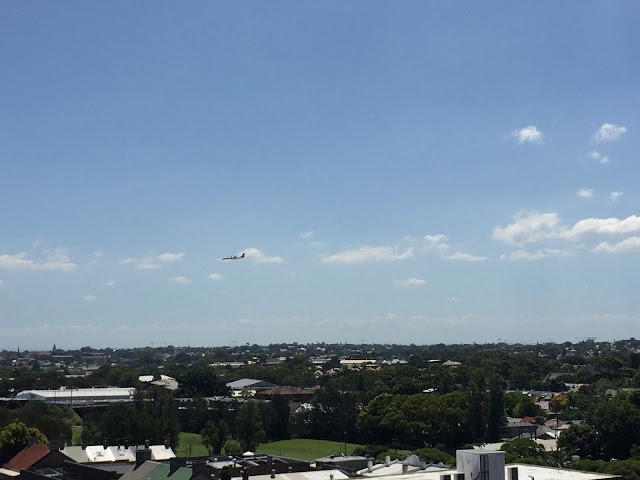 It's much greener out there than midsummer usually is!

With the nails, I started off with a blue-grey base, and made the resolution to get better at painting my nails. I usually slop it on like a demented monkey and peel the bits on my skin off in the shower. Until then, it looks like this: 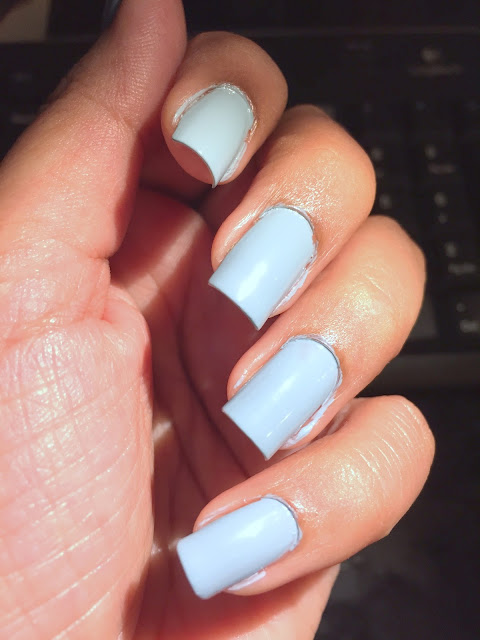 After the base coat, I made a gradient using a grey polish and the same blue polish on a make-up wedge. Like so: 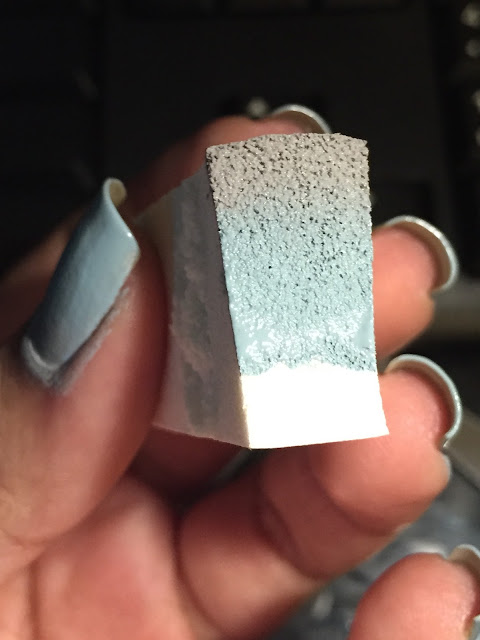 Dab dab dab. It's took a couple of layers - three or so until I was satisfied with the colour. 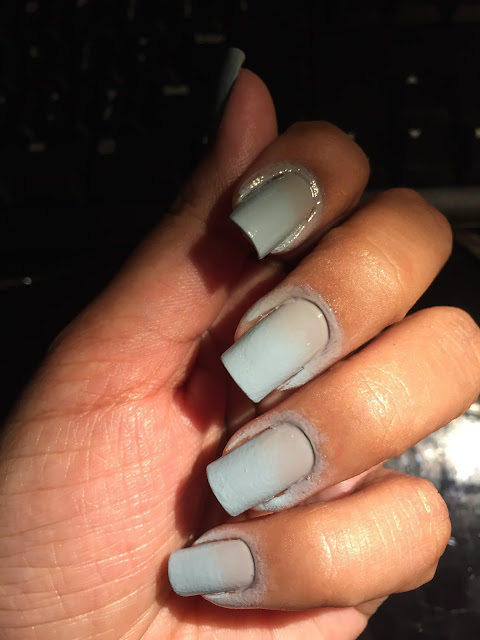 Then little strips of green for grass with a striping brush. 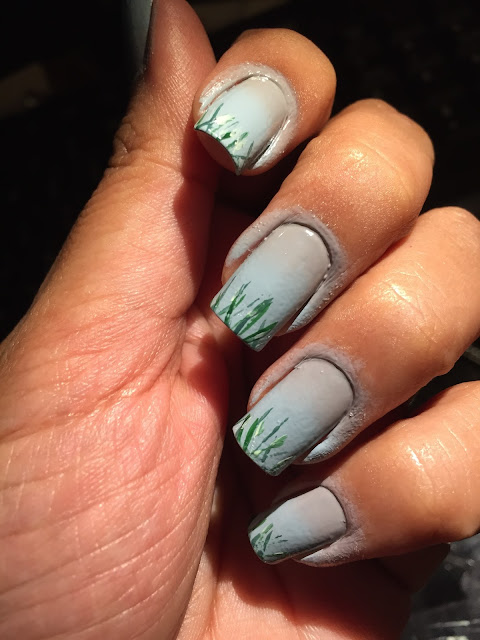 In order to make the rain drops work, I covered the whole thing with a matte top-coat so it went from this: 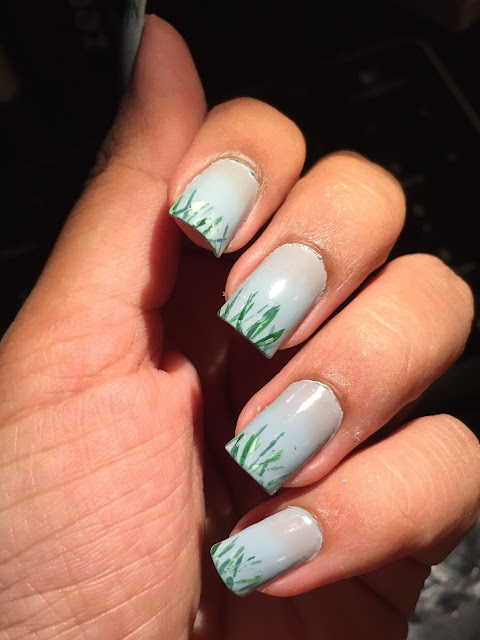 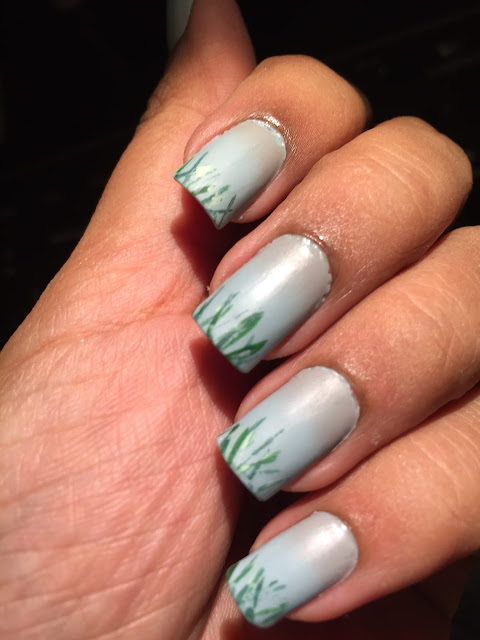 The rain drops were then just a matter of simply adding little dots of glossy top-coat with a dotting tool. And done. 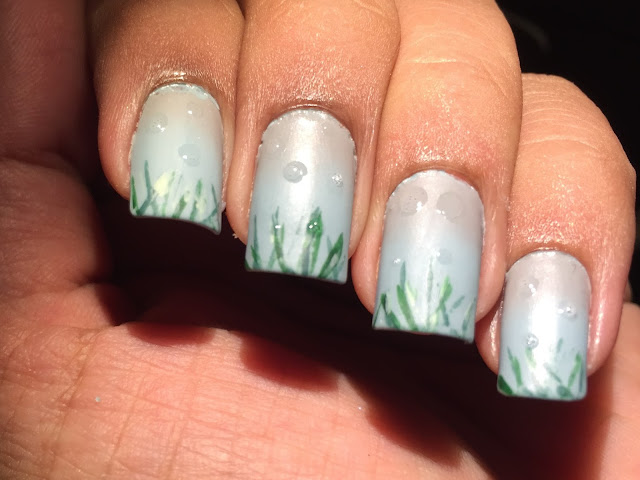 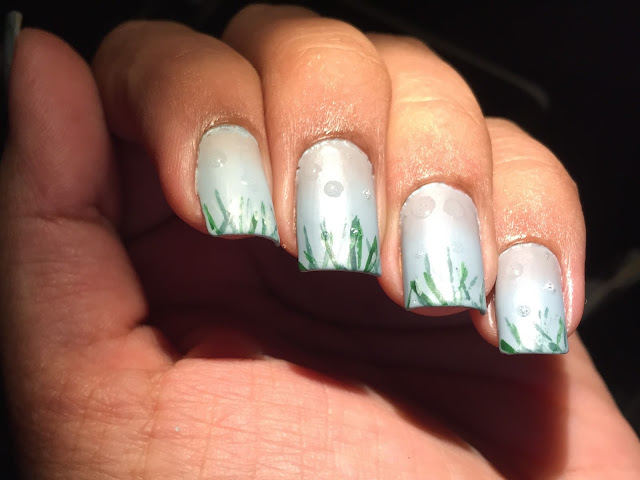 Posted by Flicks and Flecks at 3:22 PM No comments:

Nothing too complicated until I recover. Which may take all year ...But! I watched Peanuts! It was a gentle nudge away from festive nails and back to something that wasn't either red or gold. 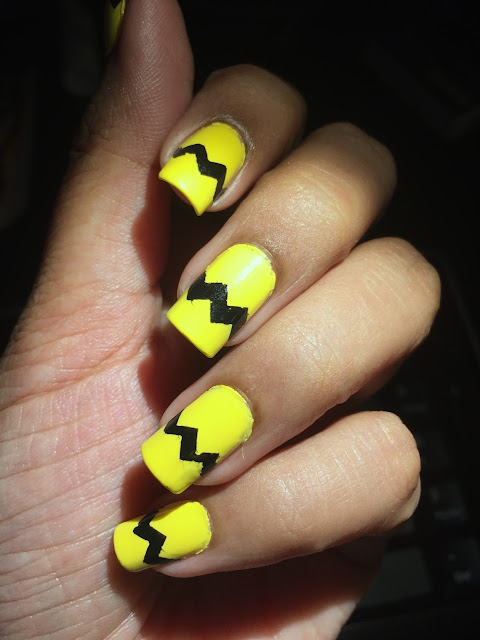 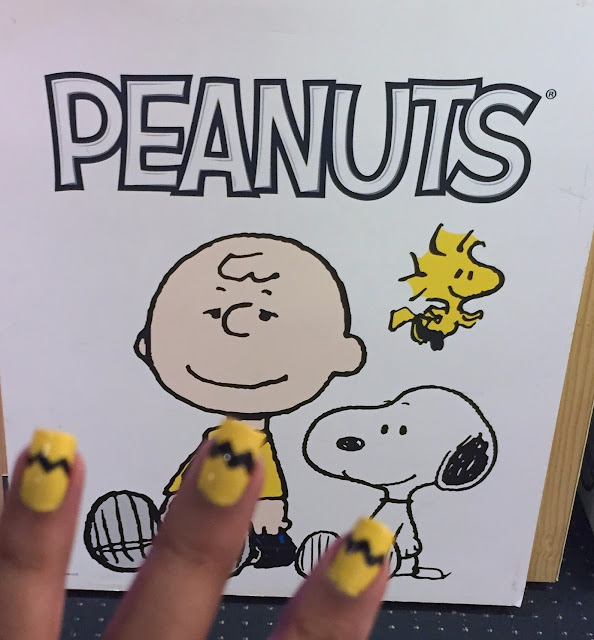 Simple and achievable. There is plenty of 2016 left to be ambitious.

Colours used:
Posted by Flicks and Flecks at 8:35 PM No comments: